Conspiracy and Consent in International Perspective 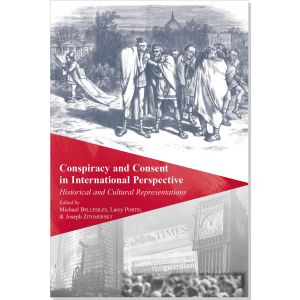 Aller au début de la gallerie d'image
Description
This book examines the dynamic interrelationship of conspiracy and consent, and the implications this dance of political engagement has for democracy. The timeliness and relevance of this subject has captured the attention of scholars around the world as conspiracy theories become ever more common and influential, and even form the basis for the conduct of many contemporary nations. But there is more to this book than just an examination of the nature of conspiracy theories. Real conspiracies, such as those committed by the CIA, break the social contract and foster a belief in ever wilder conspiracy theories. Yet to write on conspiracies often leads to charges of embracing paranoia. As a multidisciplinary international effort that combines a theoretical interest with specific case studies of different contexts from the seventeenth century to our own times, concerning largely, but not only, the United States, this exploratory book hopes to set the stage for a better informed and more nuanced examination of a topic of enormous importance to the functioning of democratic societies. There are many obvious lessons to be learned from the workings and popularity of conspiracy theories; but nothing will be learned unless we enter into an open and honest discussion of the issues involved. It is time to end the conspiracy of silence.
Caractéristiques de l'ouvrage
Auteur(s)
M. Bellesiles, L. Portis, J. Zitomersky
Recension